Why does Russia want to invade Ukraine? – WAR 2022 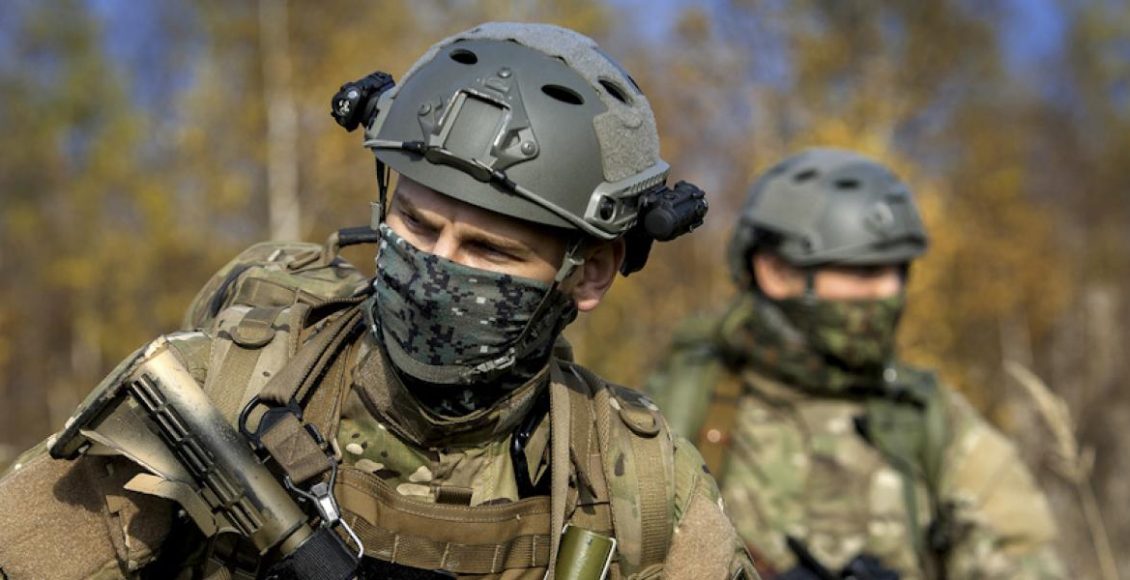 Why does Russia want to invade Ukraine

Why does Russia want to invade Ukraine – In late February 2022, Russia did something unexpected and shook everyone in the world. The President of Russia, Vladimir Putin, announced military action in neighboring Ukraine.

At first, in early and mid-February 2022, when Russia was deploying forces over the Ukrainian border, everyone thought that it was a glimpse of the Cold War. But, the Cold War got hot as soon as Putin announced a full-fledged war on the neighboring country Ukraine.

Putin ignored every warning and request of NATO countries and said Russia wants to demilitarize the country, not occupy it. There is a big difference between demilitarizing and occupying the country. We will discuss it later.

Now the big question comes is why does Russia want to invade Ukraine? Even after so many sanctions why Russia is moving forward and trying to In Word Ukraine.

The expansion of NATO in the east was one of the biggest reasons why Russia wanted to invade Ukraine as soon as possible. After 1997 More than 14 countries near Russia joined the NATO group and Ukraine was in Talks to join NATO for a very long time.

As you are already aware, NATO is a defensive alliance with an open door policy for new members. The United States of America leads NATO, and It has 30 total members, including the United Kingdom, Germany, and France.

As you might be aware, before 1991, there were two groups: Russia-led USSR and America-led allied nations. Soon after the Second World War till 1991, both groups were indulged in the Cold War.

Recently it was said that if Ukraine is a NATO member and starts any military operation on Russia, then Russia would have to go to war with the NATO bloc.

Apart from that, the Ukrainian government was not on good terms with Russia, and as soon as Putin saw the opportunity did try to grab it.

As we previously discussed, Russia announced military action to demilitarize Ukraine rather than capture it. Last year Putin wrote a long piece where he described Russians and Ukrainians as one nation.

Russian President Mr. Putin asked NATO to fulfill the promise they made back in 1990 that NATO would not expand even an inch to the east, but they did it anyway.

Russia does not see Ukraine as a threat, but in the future, it can become a threat if they join NATO. He thinks that Ukraine and Belarus are fundamentally part of Russia, including culturally and historically. Mr. Putin is also in talks with Belarus to form some sort of reunification.

What does Putin want?

Now let’s discuss what Putin wants apart from Ukraine and nearby countries not joining NATO. Until now, it has been clear that Russia is in fear of not expanding its borders near Moscow.

Mr. Putin and Russia did not like it when the pro-Russian President was thrown out of power in 2014 after months of protests. As per the media reports, Putin has been putting false arguments and claiming that his aim is to protect people subjected to bullying and genocide. A lot has happened after 2014, and now a full-fledged war is going on.

Fast forward to December 2021, Russia presented NATO and the United States with a written set of demands that were meant to ensure the security of Russia.

First of all, Russia demanded that Ukraine will never be part of the NATO block, which has already been rejected a few times.

Apart from that, Russia also wanted the NATO group to stop deploying any aircraft or warheads where they could strike each other’s territory.

Russia also wanted NATO to stop having any military drills near Russian borders. They said it could further escalate their differences.

Other than all these demands, Russia also told NATO not to add any new members to the block, and they should also remove all the members who joined after 1997.

Russia also wanted to increase the transparency of military drills and other confidence-building measures between Moscow and the NATO bloc.

In the document, further Russia included that the United States and NATO groups Should not have any military drill in Ukraine and any other ex-Soviet countries, including Central Asia.

The last important demand of Mr. Putin in December 2021 was a ban on the deployment of U.S. and Russian nuclear weapons on the territory of other countries.

If you think from the perspective of the Russian President, these demands are to ensure the security of their country, but on the other hand, it was not fulfilling the free will of other countries.

NATO and the White House later said that Russia wanted to control other countries indirectly. They further said that they are committed to providing security to all the NATO countries.

What can happen next?

There are a lot of possibilities that can happen now. The group has increased the military presence in the countries that border Russia and are part of NATO.

Apart from that, the group has also sent anti-tank and anti-aircraft weapons near the Russian border.

Till now, Mr. Biden has announced several economic Sanctions on Russia. It is surely going to take a big hit on the economy of Russia.

Till now, Russian banks and several members of the Russian elite are prohibited from trading in American and European markets. Apart from that, the energy pipeline connecting Russia to Germany has also been halted.

Mr. Biden has also noticed that you S will cut off Russia’s largest banks and companies from the western financial market. They will also make sure that there is limited export of technology to Russia.

What can happen to Europe?

Soon after the attack on Ukraine, Russian President Mr. Putin announced that if any other country near Russia joined NATO, they would attack them also.

Finland and Sweden, which share a border with Russia, were in talks with a NATO group to join them as soon as possible. The Russian President, after its announcement, has created a new topic to discuss.

Five nearby countries, including Poland, Romania, Slovakia, Hungary, and Moldova, are expecting at least 5 million refugees in the upcoming days, which can disrupt the economy of all these countries.

The French President and German Chancellor have already raised their concern regarding the Russian invasion of Ukraine. No country in Europe wants any war. But they are ready to defend themselves.

Soon after the Russian President announced military action on neighboring country Ukraine, Many people got confused, and they didn’t know why Russia wanted to invade Ukraine.

Apart from that, Russia does not want not to group to increase its border near Moscow. Mr. Putin also wants the group to remove all the members who the group joined after 1997.

All of these requests were rejected at that time, including not deploying any nuclear warheads on the territory of any other country.

Even in December 2021, the Russian President hinted that they might be in Ukraine in the first quarter of 2022. But everyone thought that it was an old Cold War trick and nothing would happen.

Russia is trying to invade Ukraine. How did this happen on the Watch of President Biden?

The ex-president of the United States, Donald Trump, was notably friendly with Mr. Putin. But current president Mr. Biden is committed to the alliance of NATO. As Ukraine is not a part of the NATO group yet, that is why the United States has not announced anything other than military aid of 350 million U.S. dollars.

Will the U.S. jump into the war between Russia and Ukraine?

No, there is no chance that the United States will jump into the war between Russia and Ukraine. You must not want to get in any fight with Russia as they both are nuclear powers. Apart from that, Ukraine is also not a part of the NATO group, so the whole group cannot do anything other than just a few sanctions on Russia.