What is the History of the Internet? |Invention & Evolution Till Date| 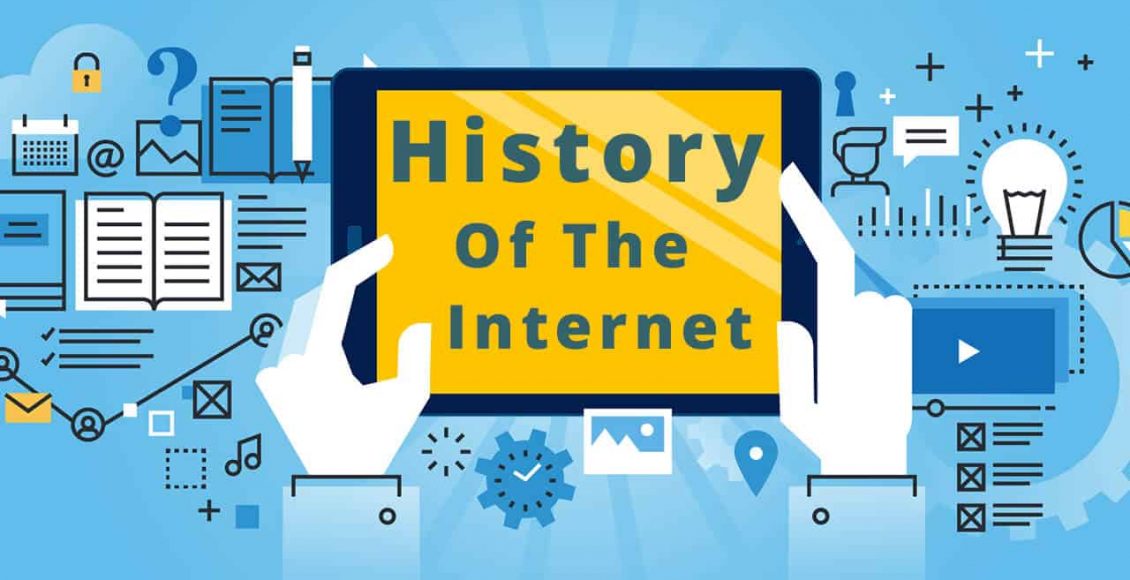 All of this is possible because of the Internet. It was the Internet that allowed everyone to connect with each other, sitting thousands of miles apart. Today’s youth might not understand How many bright minds had worked in the growth of the Internet in the last few decades. That is why we have come up with the history of the Internet. Let’s take a look at it.

What Is The History Of The Internet?

The Internet stands for interconnect network. In the 21st century, it has become an integral part of our society. It has the power to connect everyone to anyone from anywhere in the world.

One government of the world with right or wrong intentions cannot control the whole Internet. As you already know that it is operated by independent networks, and even one network is not going to do any harm to the Internet.

Prehistory Of The Internet

As you already know, the Internet is not owned by anyone. It is a concept of data communication that over time, keeps getting better, and now we know it as the Internet.

You might have heard about the Telegraph system, which was also a part of data communication, but these systems were typically limited to point-to-point communication.

In the 1920s, Harry and Ralph gave a fundamental theoretical work on information theory. And further, Mr. Shannon 1948 provided a firm theoretical understanding of signal-to-noise ratio, bandwidth, and error-free transmission.

These three major concepts, along with the revolution in transistor technology and laser technology, set the base of the Internet as we see it now.

Now let’s take a look at computers because, without a computer which is known as the central processing unit, the Internet can do anything. Even though computers were available in the 1940s, in the 1950s, new systems made communication over longer distances with higher speed possible for the world.

It was the mainframe computer model, which allowed data exchange between remote computers, but it was also point-to-point communication which was very limited. And as you are aware that by the time computers became faster and adopted a lot of new technologies such as packet switching.

You might not know that, but the Cold War also played a major role in the development and history of the Internet. First of all, Russia launched the Sputnik satellite into space in 1957, and in response to that, the United States of America created the Defense Advanced Research project agency, also known as DARPA.

DARPA later hired Mr. Licklider as a director of the newly established information processing techniques office. In August 62, Licklider, along with Weldon Clark, published a paper named online man-computer communication, which was one of the first descriptions of a networked feature.

In place of Mr. Licklider, Robert Taylor was promoted to the head of the newly formed information processing techniques office within the Defense Advanced Research project agency in the year 1966.

The first words on the Internet were supposed to be logged in, but the system crashed as soon as they typed G. Still, it was a success, and the network was known to be ARPANET.

In 1972 after a few years of somewhat successful ARPANET, Mr. Ray introduced email to the world. He used to add the rate sign to separate usernames from the host, which became the standard Internet email address format.

It was also a revolutionary step in the whole history of the Internet because, without the email address, nobody could really see the potential of the Internet in daily life.

The Domain Name System is a very unique and beneficial component of the Internet. With the help of DNS, users can enter the domain name of a website, and that domain name will get redirected to the IP address of a server.

It was first introduced in 1984, and DNS has become the backbone of the whole Internet. These days no website can survive without it, and it is a completely automatic process. It also made the Internet more human-friendly compared to numerical IP address systems.

In the year 1990, after six years of the introduction of the Domain Name System, the first commercial dialogue Internet service provider was launched. It also introduced the World Wide Web protocol written by the TimBL.

It was a huge step in the whole field, which commercialized the whole Internet for the very first time. Now general users are able to get a dial-up connection at their home and connect to the world.

In 1993, two years after the introduction of commercial dial-up ISP, the first web browser named mosaic was launched. It was the first graphical web browser for the general public. In the same year, domain extensions such as .gov and .org were also introduced.

These were two major but basic stuff towards the development of the Internet. After that, many websites were launched, and the whole Internet got commercialized.

After the introduction of a secure sockets layer, also known as SSL, a type of encryption, to conduct financial transactions on the Internet, The whole idea of the Internet was further revolutionized.

The year 1995, along with the introduction of JavaScript, also led to the launch of eBay and Amazon, two of the biggest eCommerce businesses in the world.

After a few years, Google and Napster were introduced to the world. Both of the websites were very revolutionary, and they further opened the gates of file sharing and search engines.

In the year 2003, Skype and Myspace were introduced to the public. Both had user-friendly interfaces and voice-over IP calling. Myspace has become one of the most popular social sites.

After the year 2004, in a new term, Web 2.0 was introduced to the world, and the same year Facebook was launched. Further down the road, mobile Internet was introduced, and it changed the whole course.

Starting from mainframe computers, now the Internet access was in the pocket of the first small user. In the year 2021, experts are talking about web 3.0 and meta, which is further going to make everything history.

Nowadays, there is nothing you can do on the Internet. You can buy anything on the Internet, such as groceries, fashion, transportation vehicles, etc.

There is no service in the world where you can’t order using an Internet connection. There are thousands of different digital companies trying to make everything available on the Internet.

The history of the Internet taught us that it was a revolutionary idea. It is not a product of just one or two people but many bright minds who have worked day and night to make it possible.

The whole course of the revolution might look like a natural thing now, but we have to appreciate that a lot of people and companies worked very hard to make our life easier.

The first thought of the Internet came to mind when Russia launched the Sputnik satellite during the Cold War, and a new race of data communication began. Till 1990, everything was under construction, but soon after the introduction of commercialized dialogue ISP, everyone started seeing potential.

Websites like Amazon, Craigslist, Google, and Myspace set the foundation of commercialization on the Internet. In the year 2022, nobody, even governments, can’t survive without the Internet.

Which is the best moment in the whole history of the Internet?

There is no best movement in the whole history of the Internet, but every step was unique, and experts realized the potential after each step. Some experts might say that data transmitted by the ARPANET was revolutionary, which is true.

Who is the owner of the Internet?

How to Get Free Covid Testing Near Me? |Free Rapid Tests 2023|