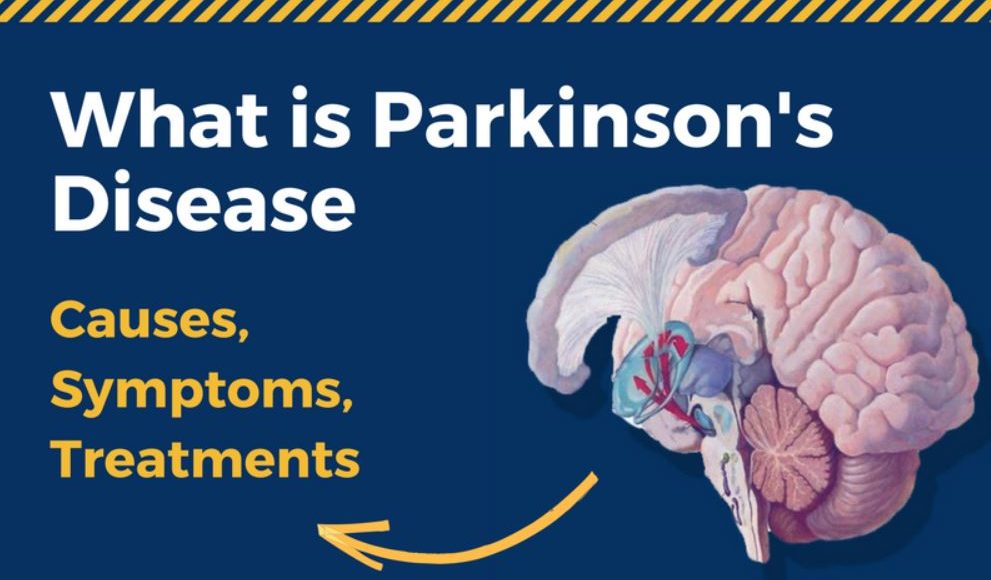 What Is Parkinson’s Disease – The United States of America records more than 200,000 positive cases of Parkinson’s disease each year. It is one of the many neurological conditions a human can have.

It is one of the oldest and known diseases, as you can find its traces back in Egyptian, Ayurveda, Bible, and Galen’s writings. During the 17 and 18th centuries, several authors wrote about the disease.

In 1817 an English doctor named James Parkinson published and reported six cases of paralysis agitans. It was James Parkinson, whose name is behind Parkinson’s disease.

Parkinson’s disease is a neurological disorder in which a person is not able to control movement. It usually starts as small, but over time, it gets worse. At the start, you might feel a bit of shake in your hand or constant muscle stiffness. After that, you might have trouble walking and maintaining your balance.

Your coordination with your legs and other body parts will get affected by that time. Slowly you might not be able to walk or sleep as you start having mental and memory problems. Overall it will affect everybody and every part of your body.

Shaking is one of the first and most common symptoms of Parkinson’s disease. First of all, the shaking will begin in your hands and arms at the same time. After that, it will spread to your jaw or foot or both at the same time.

Usually, most people are affected by shaking on one side of the body. For example, 1 foot is shaking, not the other one. Apart from that, shaking will go away when you are sleeping, or you start moving your body part, which is shaking.

Even after minutes of massage or oiling your muscles, the stiffness in your limbs or muscles will not go away easily. You will always feel stiff muscles everywhere in your body. The ability to relax your muscles will get slower. Once the rigidity starts growing, you will find movement very hard along with the pain in those affected areas.

By the time Parkinson’s disease grows, you will feel that you are getting slower every day. It is becoming very hard for your brain to transmit the signals to other parts of your body, and as a result, it is taking more time to perform simple tasks such as drinking water.

The movement can be very hard for you for one second and very normal for the other. For example, you are eating, and the first half will be normal for you, but after that, eating one bite will become very hard.

Your balance and coordination are also going to be affected by Parkinson’s disease. After a few years of disease, you might develop a forward lean of your body which makes you likely to fall when bumped.

Apart from that, it will be very hard for you to walk in a straight line. You will keep shuffling your steps left and right, and you might not be able to swing your arms as naturally as you used to do before.

Apart from the above given very common symptoms, there are a few symptoms that are very hard to recognize if you are not focusing enough.

For example, you might not be able to smile enough or blink as you were able to do before. By the time disease worsens and you will lack facial expressions. But these symptoms come after the disease is about to fully develop.

Apart from that, you might not be able to speak properly. You might hesitate before speaking, and your pitch may become slow. You might develop new depression and anxieties along with chewing and swelling problems.

The list goes long and long, and you have to talk to your Doctor about these small problems such as loss of smell and skin problems.

PD is one of the most diverse disorders in the world. No 2 people in the world experience Parkinson’s disease in the same way.

During its early stage, it becomes very hard to detect either its parking services or any other disorder. At the start, you will have small shaky limbs or a little bit of stiffness which can be caused by other diseases also.

A professional who already has experience working with a person affected with Parkinson’s disease can detect it by looking at the other tests.

During your regular medical checkup, your doctor might ask you for your family history, rule out other infections and come to any conclusions such as Parkinson’s disease. We would suggest you not hide anything from your Doctor and keep your mind open.

Your doctor might recommend a few things based on your symptoms and severity. Your treatment might include medication and surgical therapy at the same time. Apart from that, your doctor might ask you to make a few modifications to your lifestyle and environment.

You will be advised to take multiple medications at the same time just to manage the symptoms of Parkinson’s disease. You should always follow the directions given by your Doctor and have someone to take care of your daily doses of medication.

Parkinson’s disease is one of the most complex diseases in the world. It is a very rare neurological condition in which you are not able to control your body at all.

On the other hand, the treatment only includes medications and surgery to lower the symptoms. There is no cure for Parkinson’s disease now.

Who is more vulnerable to getting Parkinson’s disease?

I have Parkinson’s disease. Can I give it to my children?