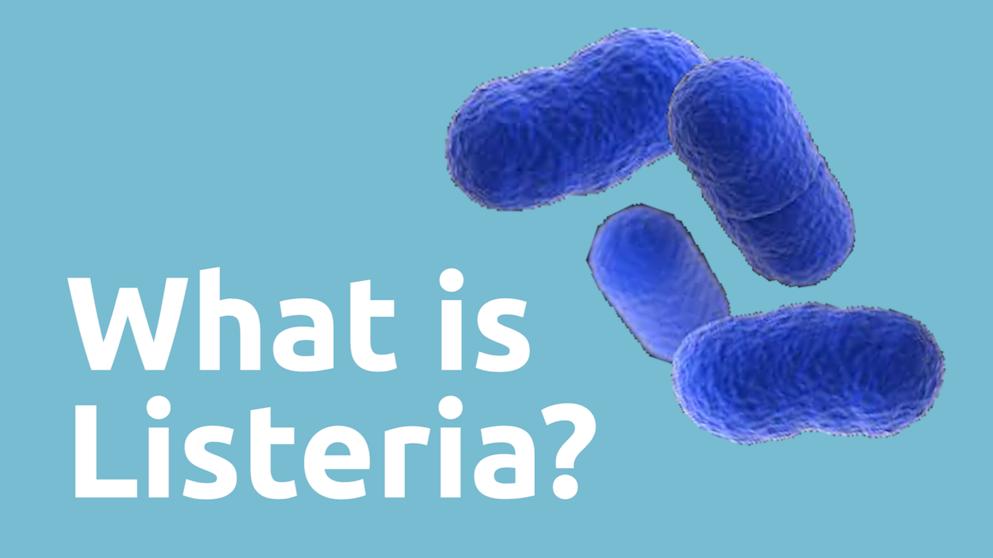 What is Listeria – For humans, diseases are everywhere in the world, and you can catch them even sitting in your home. Yes, every living creature in the world is vulnerable to getting a huge number of diseases, but humans are one of the most vulnerable.

There is a huge list of diseases, and some of these diseases are very serious. Listeria is one of those diseases. The United States records around 1600 cases of listeria each year and about 260 of those people die, as per the Centers for Disease control and prevention.

Pregnant women, newborn babies, and people above the age of 65 are more vulnerable to getting list areas. The Centers for Disease Control and Prevention recently released some warnings associated with listeria. We will talk about everything regarding that, along with the basic information about the disease.

Listeria is an infection caused by foodborne bacteria. Usually, it affects pregnant women, people above the age of 65, and people who already have weak immune systems. Most cases of listeria in the United States are caused by improperly processed deli meats and unpasteurized milk products.

People between the age of 5 to 65 who do not have severe chronic conditions won’t become ill due to listeria infection. Other people can get severely ill in a matter of hours, and it is also known to cause around 260 deaths each year in the country.

One of the most interesting things about listeria bacteria is that it can also survive in refrigeration and freezing temperatures. If you fall into any of the high-risk categories, you should be staying very careful while consuming any food containing the bacteria.

If you have eaten any of these items and you are experiencing any symptoms associated with the condition, then you should consult with your healthcare provider right away.

On November 9th, 2022, the Centers for Disease Control and Prevention released a statement mentioning that they have found 16 new cases of listeria, and 13 of those people are in hospital. At the same time, one person has died, and the cause of the spread is found to be deli meats.

The Centers for Disease Control and Prevention suggested everyone not consume any meat or cheese from any deli counter around the nation. The cases have been found in six different States, and you should be very well aware of the risks associated with the disease.

People who are experiencing any symptoms associated with the condition after consuming meals from Deli, then you should call their healthcare provider right away.

On November 10th, 2022, the Centers for Disease Control and Prevention reported that they had recorded six new cases of listeria in six different States, and five of those people are in hospital. Till now, we have not recorded any new deaths due to the latest outbreak.

People who have recently eaten Bree, baked Brie, and camembert cheese made by old Europe cheese, Inc. Should be very careful and consult the probability of the list area with their healthcare provider.

These products are sold under different brand names at stores nationwide in the United States and Mexico. If you have recently purchased any product made by old Europe cheese, Inc, then you should check its Best By dates. For people who were struggling with the disease, eight things which were about to expire between September 28, 2022, and December 14, 2022.

The company recalls the bulk cheese, which is further repackaged into smaller veggies, cheese trays, a variety of cheese packages, and other packages.

The Centers for Disease Control and Prevention of the United States have already directed the company to recall every product which is known to cause the disease period from November 10, 2022. You won’t be able to find any cheese in stores, but you should make sure you do not have it at home.

The rest of the guidelines are going to be the same. If you are experiencing any symptoms associated with the disease, you should call your healthcare provider right away.

Before we move ahead, let’s take a quick look at all the symptoms of listeria. Even though the Centers for Disease Control and Prevention suggested that healthy people between the ages of 5 to 65 are not vulnerable to getting infected with the bacteria, they have not ruled out every possibility.

There is a teeny tiny possibility, and you should be staying careful. At the same time, people who are in the high-risk category are also required to learn everything about the disease.

The Centers for Disease Control and Prevention believe that people who have been infected with listeria bacteria can experience the below-given symptoms. These symptoms might begin in a day or take 30 days to develop.

These are among the most common symptoms of listeria infection. Apart from the above-given list, the Centers for Disease Control and Prevention also believed that when the infection starts spreading in the nervous system, the signs of the symptoms are going to be a little bit different.

You might experience the below-given list of symptoms if the infection is already spreading in your nervous system.

If you are experiencing any of the above-given symptoms, you should call your healthcare provider right away. Infection spreading in your nervous system is a very bad thing, and it can even lead you to death.

Symptoms in Pregnancy and Newborns

As you might already be aware, listeria infection is also known to infect new bones and pregnant women. If you are pregnant or you have a newborn baby, then you should learn all about the below-given symptoms and consult with your healthcare provider.

If you are experiencing any of the above-given symptoms, you should call your healthcare provider right away, as these symptoms can also cause devastating consequences for the newborn baby. Pregnant women and newborn babies are among the most vulnerable categories to getting infected with bacteria.

How to Prevent a Listeria Infection?

Before we completely wrap up our session, let’s take a look at the preventive measures. The Centers for Disease Control and Prevention suggest everyone follow the below-given guidelines to prevent the infection in the first place as it is easier than the treatment.

Listeria infection is also known to cause more than 260 deaths in the United States, with just 14,000 infections. Even in November 2022, when we just recorded six cases in the list area, one of them died.

Yes, it is a long list of things you should not be doing if you are in a high-risk category, but they are for your safety. As you might already be aware, listeria infection is also known to cause more than 260 deaths in the United States, and it is in your hand to prevent it as much as possible.

What are the treatment options for listeria infection?

If you are experiencing any symptoms associated with listeria infection, then we highly recommend you consult your healthcare provider right away. The treatment of listeria infection is going to be different for each person depending on their age, the severity of symptoms, etc.

How to Get Free Covid Testing Near Me? |Appointment Scheduler|

What is Flu & How Long Does The Flu Last? |Symptoms of Flu…

How to get a Free CVS Flu Shot Appointment? |Flu Vaccine Near Me|