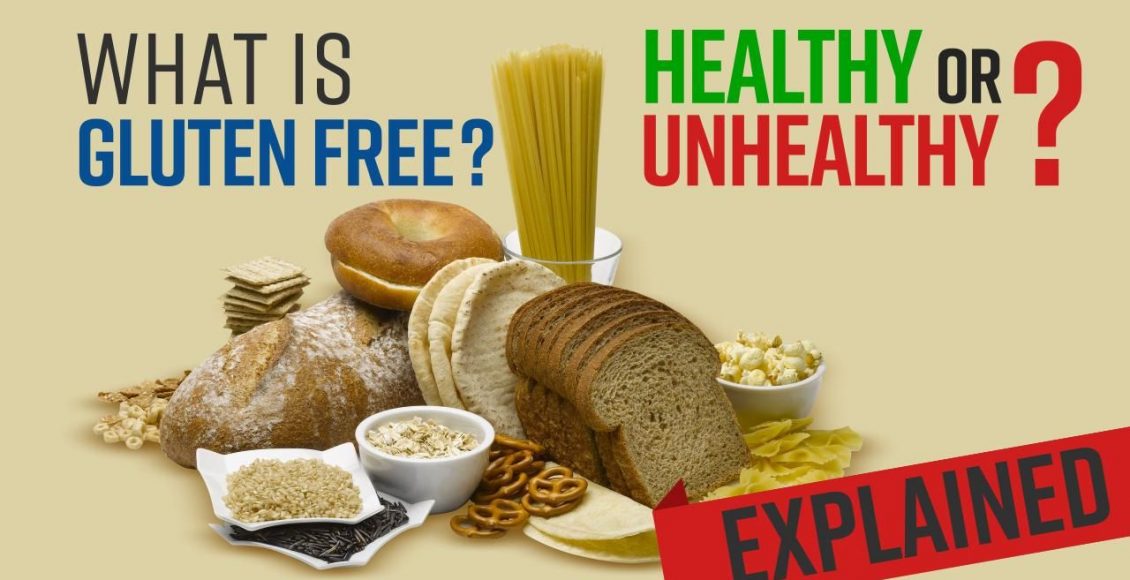 What is Gluten Free – In the last two decades, the word diet has revolved like every other thing in the world. Nowadays, people do not just focus on losing weight, but general Wellness is also seeing rapid growth. One particular type of diet, gluten-free, has been gaining a lot of popularity in Western countries, including the United States.

What is Gluten Free?

Gluten is a type of protein that is usually found in certain grains, including wheat, rye, barley, and cross wheat. Most people in the world can easily digest any food made with ingredients containing gluten, but some people might not be able to digest it properly.

Gluten-free is a type of Movement or diet that focuses on removing all the food items that might contain gluten, such as wheat, pasta, etc. Several studies have already indicated that gluten-free can have some benefits for people who are struggling with bowel disease, autoimmune diseases, and celiac disease.

Who can take the Benefits of Going gluten-free?

Once a person gets to know about a gluten free diet, the first thing they ask themselves is what are the main benefits Of going gluten free. In an expert’s opinion, it is a big commitment because you have to remove a huge number of food items from your life completely.

If you want to go gluten free, then you might have to remove your favorite food items from your diet forever. That is why it is important to learn about who can take the benefits of gluten free. If you are not able to get any benefits from that diet, there is no sense in following it.

It is an autoimmune disease where your body will start destroying itself, including organs, like the small intestine, when it is not able to digest gluten. During the disease, your body believes that gluten is a threat and it should be destroyed as much as possible.

People who are struggling with the italic disease might experience the below-given list of symptoms. If you are also experiencing the below-given symptoms, then you should consult with your health care provider as early as possible.

Under any circumstances, you should not leave celiac disease untreated as it can cause huge damage to your body.

A person who has a bad allergy will experience symptoms like irritation of the mouth, throat, hives, itchy rash, swelling, and nasal congestion. The diagnosis of wheat allergy is also very simple. If you eat any food item that might contain wheat and you start experiencing above your list of symptoms, it means you are allergic to weed.

The next major category which can benefit from going gluten free is the people who are struggling with gluten ataxia. Similar to celiac disease, it is also an autoimmune disease. The major difference between celiac disease and gluten ataxia is the effect they have on the body.

It is a unique disease where your body will release gluten antibodies while digesting the gluten, and those antibodies are going to attack a specific part of the brain. In that condition, you might experience symptoms like loss of balance, poor coordination, tingling in extremities, and blurred vision. You should get yourself tested for gluten ataxia if you are experiencing any of the above-given symptoms.

Apart from the above-given diseases, there are several other medical conditions. Health experts around the world believe that people who are struggling with Anxiety and depression can also benefit from a gluten free.

There is also some evidence that you might also take some benefits from gluten-free diets, such as reducing inflammation. Gluten is known to have pro-inflammatory properties, which can increase the symptoms of conditions like inflammation.

Are Wheat Allergy and Gluten Intolerance the Same?

No, wheat allergy and gluten intolerance are not the same. When a person gets diagnosed with wheat allergy, it means their body does not digest a protein available in weight, and that protein is not necessarily gluten.

Even if you take a look at the symptoms of wheat allergy and gluten intolerance, you will see a huge difference. Wheat allergy is known to cause life-threatening conditions, and people who have wheat allergies will be required to take immediate medical attention if they eat any product made out of wheat.

Wheat allergy is similar to any other food allergy in the world. Have you seen any people with nut allergies? Most symptoms of wheat allergy will be similar to a nut allergy, which includes hives, swelling, breathing difficulties, etc.

Completely opposite to wheat allergy, gluten intolerance won’t require any immediate medical assistance. Gluten intolerance is going to cause some discomfort and a little bit of pain in the stomach, but it won’t be a life-threatening condition.

There is also a probability that a person who is wade allergic might also be allergic to gluten. Health experts differentiate both diseases depending on the symptoms.

Lastly, people who are gluten intolerant might be able to leave it behind for some time and eat foods made with ingredients containing gluten. On the other hand, people who are allergic to wheat cannot eat any food item that might contain wheat.

In order to understand more about gluten intolerance, let’s take a look at all the gluten intolerance symptoms, which will provide you with a better image of the condition. The Centers for Disease Control and Prevention of the United States believe people who are struggling with gluten intolerance can have the below-given list of symptoms.

As you can clearly see in the above-given list of gluten intolerance symptoms, these symptoms are not as serious as wheat allergy. In general, a lot of health experts suggest people try a gluten-free diet if they are experiencing any symptoms related to headaches and migraines. Health experts are not sure what is the main connection between headaches and migraines with gluten, but you can take some benefits of removing gluten from your diet.

What is a gluten free diet for weight loss?

A lot of health experts on the Internet claim that they’re especially gluten free diets can help people lose extra body weight or come out of obesity. A gluten-free diet is not some magical formula. Your dictation is going to remove all the food items that might contain gluten from your regular diet and make it a calorie deficit so that you will burn more calories than you consume in a day. As a result, you will start experiencing weight loss.

How Serious are the Symptoms of Monkeypox in Humans?