What is Flu & How Long Does The Flu Last on Average? |Symptoms of Flu| 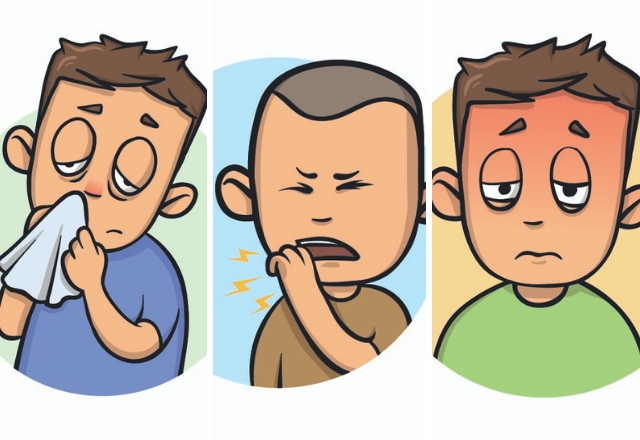 How Long Does The Flu Last – the flu season has already started in the United States, and the Centers for Disease Control and Prevention has released its guidelines mentioning the use of flu shots and other precautionary measures.

Since the start of October, we have been seeing a sharp rise in interest in flu shots and positive cases of flu at the same time. Similar to any other disease, the Centers for Disease Control and Prevention suggests every American learn as much as possible about flu to ensure their safety against the virus this season.

That is why today we are here to tell you about everything regarding the flu, as a huge number of Americans are asking how long does the flu last? We will take a look at everything, starting from basics to the most advanced topics regarding the flu.

What is the Flu?

Flu or influenza is a general viral infection that can attack your respiratory system, which includes your lungs, throat, and nose. In general language, influenza is known as flu. Most health experts around the world refer to flu as influenza, so do not get confused between both of them.

Kindly remember influenza or flu are not the same as the stomach flu virus, which is known to cause vomiting and diarrhea. Both viruses are different, and they can have different symptoms.

Usually, people do not require medication or medical assistance to recover from the infection of the flu. But sometimes, Flu can get serious and cause a life-threatening condition.

How long does the Flu Last after Infection?

Flu or influenza usually lasts around three to seven days without treatment, depending on the immunity of the infected person. At the same time, symptoms of flu, including cough and runny nose, can last longer than one or two weeks, depending on the person.

Flu or influenza is a highly common infection in the fall and winter months. The Centers for Disease Control and prevention will leave the flu season starting in the United States around Mid-October, and it can last till mid-March. We usually make a peak of infection during January.

You must be able to differentiate a bit of being the infection or flu or COVID-19. That will help you ensure your safety along with the safety of your friends and family against the deadly virus. You should consult about all these symptoms with your health care provider as most symptoms associated with flu and COVID-19 are completely the same.

People who have been infected with flu or influenza can experience the below-given list of common symptoms.

These are among the most common symptoms associated with the disease. At first, flu or influenza infection might seem like a regular cold, but you should never ignore these symptoms and consult with your healthcare provider.

Usually, people only develop common symptoms, and they get better from the flu without even any medical assistance.

The Centers for Disease Control and PreventionPrevention believe there is a special higher-risk category that involves some people who are more vulnerable to developing severe symptoms and creating life-threatening conditions.

Who is at higher risk of developing severe complications due to flu infection?

As you are already aware, certain people in some categories are at much higher risk of developing severe complications due to flu infection. The Centers for Disease Control and Prevention suggested mandatory vaccines or flu shots for those categories.

The Centers for Disease Control and Prevention suggest these categories take good care of themselves and try to prevent the infection of flu or influenza as much as possible.

How to Prevent the Infection of Flu?

As you are already aware, a huge number of people are in the high-risk category, and the Centers for Disease Control and Prevention suggest that they prevent the flu as much as possible.

The most effective way to prevent the infection of flu or influenza is a flu shot. Yes, as soon as the flu season starts in the United States, the Centers for Disease Control and prevention start pushing the use of flu shots around the nation.

It is also among the most researched and safe to take vaccines in the world. The CDC recommends everyone above the age of six months should get an annual influenza vaccine to prevent the infection of flu as much as possible.

Apart from the flu vaccine, common hygiene measures such as washing your hands regularly and covering your coughs and sneezes can also prevent the spread of the flu.

Recent data points have been mentioning that the spread of flu in the United States was historically low in the year 2020 as people were following all the precautions associated with the prevention of flu in society.

Before we move to the treatment options for the flu, let’s take a quick look at the diagnosis part of the same.

Most health experts around the world can easily diagnose influenza or flu by just taking a look at your signs and symptoms and comparing it with the symptoms of influenza. In some cases, your healthcare provider might suggest you go for some tests to ensure that it is not any other diseases such as COVID-19.

During widespread influenza in a month such as December, January, and February, your healthcare provider might not even suggest you go for any test but suggest using some simple treatments by just taking a look at your signs and symptoms.

PCR test is among the most common tests to detect influenza or flu. It is usually performed in a laboratory, so you might have to wait sometime to receive your tests.

Yes, there is a probability that you can get influenza or flu along with COVID at the same time. If you are self-diagnosing yourself for the flu, you should be very careful and not mix and match the symptoms of both diseases.

Before we completely wrap up this session, let’s take a quick look at all the treatment options for influenza.

Most health experts around the world suggest everyone take as much rest as possible along with general fluids that can help you get better from all the symptoms of the flu.

In some cases, where the infection of the flu has been rising and becoming severe, you might require some medication and medical assistance. Usually, healthcare providers suggest every high-risk category person go for antiviral drugs.

Where can I get the flu vaccine in the United States?

The flu vaccine is among the most common types of vaccine available in the country. Americans can get themselves vaccinated with the flu vaccine at any nearby pharmacy. Popular pharmaceutical giants such as Walgreens, Walmart, Rite Aid, and CVS pharmacy have already started vaccinating Americans with flu shots.

What are the Symptoms of Flu? – Difference Between Flu & Covid-19