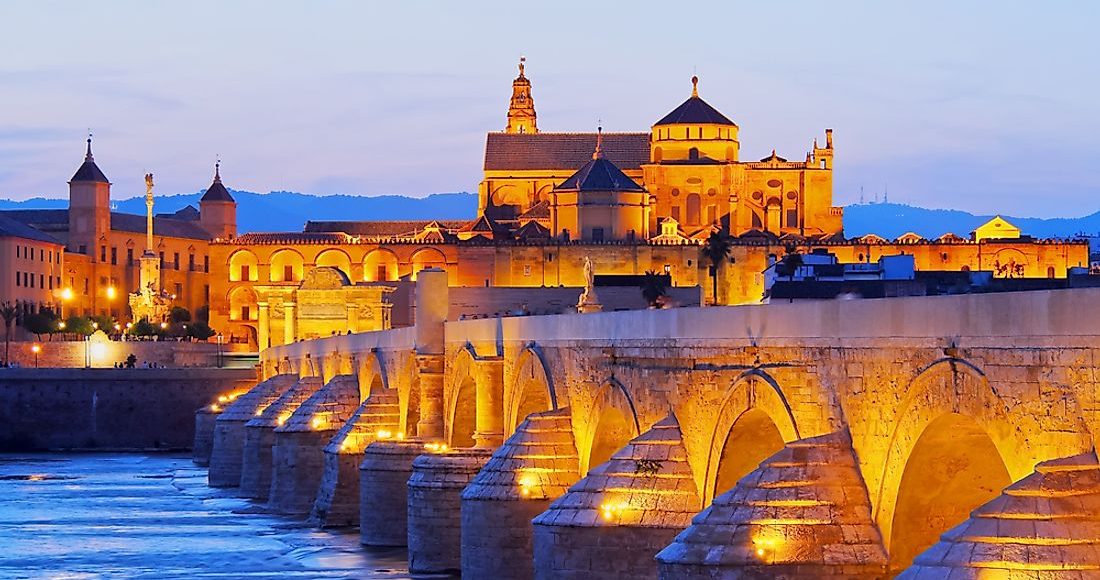 This city has a long history, And it has seen great changes happening to the world in those years. Nowadays this city has become a major tourist spot for people all around the world.

Starting from the Great Mosque with its sea of orange-and-white striped arches. The second one is the Historical Center, which includes the Roman bridge over the Guadalquivir river and the 1,000-year-old ruined Moorish city of Medina Azahara. Travelers suggest everyone visit the city in May and experience the flower-filled patios at the annual UNESCO-protected patios festival.

The Forbidden City, Temple of heaven, and summer palace are one of the big hitters for historical attractions in the city. Just 50 kilometers outside the city, an important archaeological dig where crucial ancient human fossils have been discovered is also located near the city. That is why it has become one of these most popular and top World Heritage cities in the world.

Rome, located in Italy, does not need any introduction to the world. You can visit any country in the world and ask for Rome. Everyone in the world knows about it. It has a great history, and that is why United Nations put it on the list of top UNESCO World Heritage cities in the world.

Many historians consider Rome as one giant UNESCO World Heritage site which has a huge catalog of classical wonders. It has deep breath, the Colosseum, the forum, the pantheon, Trajan column, the circus Maximus, the Terme di Caracalla, the Mausoleum of Augustus, the Mausoleum of Hadrian, and the Column of Marcus Aurelius the list goes on and on.

Apart from all these historical buildings, There is Vatican City itself right next to the wrong. It has one of the largest religious buildings in the world, Saint Peter’s Basilica.

Mexico City in Mexico is another one of the top UNESCO World Heritage cities. It’s located at the edge of North America. Mexico City also has a rich history to explore as it was built upon the ruins of the old Aztec capital of Tenochtitlan by the Spanish invaders.

The Historic Center around the huge Zócalo central square is One of the most popular UNESCO World Heritage Sites, which encompasses Aztec archaeological sites such as the Templo Mayor. It is a colonial structure such as the Metropolitan Cathedral and Palacio de las Bellas Artes from the early 20th century.

Just 35 kilometers south of the city of Mexico, you will reach the Xochimilco, which is part of the same site, whose idyllic canals, artificial islands, and floating gardens hark back to a pre-Hispanic past.

Mexico City also has two more UNESCO-protected sites to discover. The first one is the Universidad Nacional Autónoma de México campus, with its modernist architecture. The second one is Diego Rivera murals which is the house and studio of artist Luis Barragán.

Don’t forget, that Russians also have a rich history, and Moscow is one of the top UNESCO World Heritage sites in the world. Moscow has five places For tourists to discover. It has a collection of four cathedrals, a defensive wall, and towers, the home of tsars, Grand Kremlin Palace, etc.

You might also have heard about the world-famous Red Square in Moscow. It has colorful fires of Saint Basil’s cathedral, And the world-famous Tomb of Lenin, The same place where Russians are preserving the body of their revolutionary leader.

If you go to the southeast part of Moscow city, you will find another UNESCO World Heritage site, the Church of the Ascension at Kolomenskoye, Which was built in 1532 to celebrate the birth of the future Ivan that is terrible.

Indian city Mumbai is also one of the top UNESCO World Heritage cities. Just like any other UNESCO city, it can also offer a great experience to all the tourists with its unique history. Starting from one of the most hectic train terminus, the Chhatrapati Shivaji train terminus.

It has an Italian gothic style which was created by British architectural engineer Frederick William Stevens in 1887 during the British rule of India. You can take a boat and move to Elephanta islands which have cave temples built in the 5th and 7th centuries. Most of these cave temples are dedicated to Hindu God Shiva.

Apart from all that, it also has the historical Mumbai High Court, you know, cinema and rajabai clock tower. It is the capital city of Maharashtra state which is also the home of two more UNESCO World Heritage sites, Ellora and Ajanta caves.

Does Germany need any introduction? It was one of the hottest cities in the world during World War Two and the historical Cold War era, which ended in 1991 when the Soviets gave up. Germany has a museum island that is home to five museums built between 1824 and 1930.

Apart from that, it also has six Berlin modernism housing estates to appreciate the socially progressive agriculture. If you are visiting Berlin, then I will suggest you go to the palaces and parks of Potsdam.

Historians believe it’s one of the most preserved cities in Europe. It has medieval towns and an entire gothic center which is one huge UNESCO protected site in the city. Apart from that, the city is also home to picturesque canals and the restaurant-lined Market Square.

If you are in the city, you should also visit the Church of Our Lady, which has a towering 115.6m (380ft) brick spire and Michelangelo’s Madonna.

As for historians, the war of Jerusalem is still its own ceasefire. All three religions claim the city belongs to them, and currently, it’s under the occupation of Israel, a country of Jews. It is also the home of the temple mount, western world to the Church of the Holy Sepulcher.

The world is full of top UNESCO World Heritage sites. You can find these cities on every continent and most probably every country in the world. You might have heard about major cities such as Berlin, Beijing or Jerusalem, which are very famous due to their huge part in world history.

But, there are many unsung top World Heritage cities in the world, and one of them is Mumbai, located in India. It has a mixture of both colonial-era and local history. You can find structures and caves built in the 3rd and 4th centuries near Mumbai.

How UNESCO announced that it is a world heritage city.