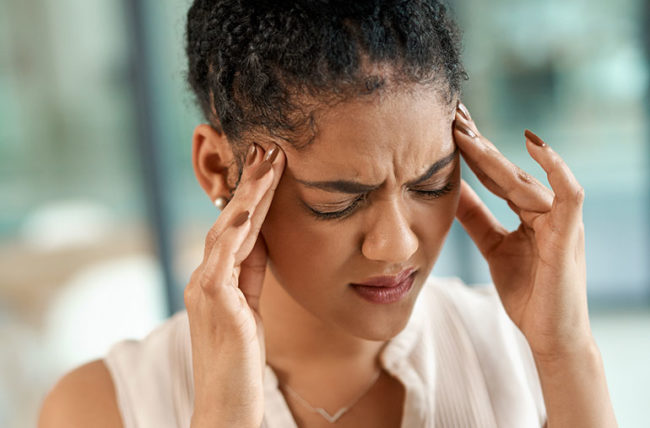 Migraine Is a very common but ignored health problem. As per the official reports, more than 3 million people suffer from migraine every year. Even though it is easily treatable and you can diagnose it by yourself, many people still try to ignore it because it is related to mental health.

It may sound weird but mental health is still a taboo among most people in the United States of America. Many people don’t talk about it because they think they might look weak and suffer from problems even though it is easily treatable by a medical professional.

What is a migraine?

A migraine is commonly known as a headache on one side of the head. Usually, the headache is very strong, and a person suffering from a migraine can also feel nausea, vomiting, and sensitivity to light at the same time.

A migraine attack can last from hours to days, depending on the intensity. Due to its intensity, it might affect your day-to-day work. In some people, migraine can come with visual disturbances and difficulty in speaking.

If you are suffering from migraine, you should know about all the types of migraine. As per the official health reports, people suffer from more than one type of migrant at the same time.

According to the National Institutes of Health, the aura may occur in 25% of total people who are suffering from migraines. 25% is a lot of people because there are more than 3 million people three week every year in the United States of America alone.

If during your migrant attack you have numbness in your teeth, tongue, face, or any part of the body, you might have a migraine with aura.

Many people reported speech or language problems, double visions, problems with eyesight, ringing in the ear, and inability to control body movements.

These are the few common symptoms of people who are suffering from migraine with aura. Now let’s talk about migraine without aura.

Migraines without an aura are one of the most common types. As per the official reports, 50% of the people suffering from migraine falls under this category type.

If you suffer from a headache with just one side of your head, moderate pain levels, And the pain goes away when you move. It is likely that you have a migraine without aura.

If you feel sensitive to light and sensitive to sound, you experience nausea. It is more likely that you have a migraine without aura.

menstrual migraines are very common among women who are not suffering from any other type of migraine, such as migraine with or without aura.

Usually, women get a headache in one side of their head during their menstrual cycle, and the symptoms of menstrual migraine can last till the end of the cycle.

Silent migrants are one of the most difficult types of migrants to detect. It’sIt’s a simple type of migraines such as migraine with aura or menstrual migraines easy to detect because you get headaches in half of your head doing it.

On the other hand, silent migraine won’t cause any headache on any side of your brain, but you will feel a type of symptoms such as visionary difficulty, speaking difficulty, etc.

Now let’s talk about all these symptoms you might feel during your migraine attack. It is possible that your family members might be suffering from migraine without even knowing it.

Migrant symptoms do not start just like a snap. Many people start noticing some symptoms a day or two before the actual attack of the migraine.

Other than that, many people lose their appetite one or two days before and start having Constipation at the same time. In some cases, people also saw food cravings getting really high.

Stiffness in your neck or you are yawning a lot are also very common symptoms of an upcoming migraine attack.

As per the statistics, nearly 25% of the people suffering from migraine develop oral symptoms. These symptoms are reversible, and you will feel better in just a few hours.

Many people get visual symptoms such as flashing lights or various shapes. These symptoms occur just before a headache. Many people also complained about a loss of vision for some time.

Many people feel weakness or numbness in one side of their body. And if you feel something pinching your arm or legs like pins or needles, it is also a very common symptom of or a type of migraine.

In some cases, migrant attacks with the aura also create problems related to hearing. At the same time, you might also have difficulty speaking.

The actual attack of migraine can last from 4 hours to 72 hours. And how many attacks can occur? It all depends on person to person.

During the attack, you will feel uncontrollable pain in one side of your head, but it may occur on both sides of your head.

Other than pain in your head or body, you might get extra sensitive to light, so it is very important for you to focus on darkening the room while having an attack.

During all this, you might feel thrown up, or you may even faint for a short amount of time. If this happens to anyone near you, kindly contact 911.

Now let’s come to the last phase of any migrant attack. The postdrome Usually lasts less than 24 hours after the migraine attack.

After the migration attack, you might feel confused, and it may take some time for you to recollect your thoughts and get normal again.

Some people complained about feeling dizzy and being sensitive to light and sound even after 12 hours of the actual migraine attack.

The diagnosis of migraine is very easy. Most of the time, you don’t have to get any screening or something too.

During your annual physical examination, the doctor can diagnose migrants by just listening to their symptoms. The doctor might ask you for family medical history.

Many times doctors might ask you for a CT scan or MRI to rule out other causes which can have near to similar symptoms.

These are a few examples of other causes which can cause similar symptoms like migraine.

Now let’s talk about the treatment of migraine because, without treatment, you cannot live normally.

Even though there is no cure for migraine, doctors can help you lower the intensity and frequency of your migraine attacks.

Doctors use different tools to lower the intensity of your symptoms so that you will have less severe migraine attacks next time.

This doesn’t mean that you can not prevent your migraine attack if you are aware enough. There is always a possibility to prevent the attack as long as possible using different coping mechanisms.

These are the few things you can look out for to prevent your migration attack as long as possible. Even though it is not a Holy Grail, it can help you survive tough times.

Migraine is a very common problem, and there are more than 3 million people diagnosed with migraine each year in the United States of America alone.

The effects of a migraine attack might last for a week as you start feeling symptoms two days prior to your actual attack, and even after the attack, you might feel them for one day.

I know there is no cure for migraine, but you can always prevent or lower the intensity of these attacks.

Is there any cure for migraine?

No, there is no cure for your migraine attack, but you can always lower the intensity and symptoms by using different mechanisms. You should consult with your doctor regarding the intensity of migraine and what medication you can take to lower the intensity Of the symptoms.
Other than that, you can also use home remedies to prevent migration attacks as long as possible such as massaging your scalp, good diet and exercising regularly, etc.

Can I get migraines only during my menstrual cycle?

How common is a migraine attack?

There are more than 3,000,000 plus people in the United States of America alone suffering from migraine. And no two people can have the same symptoms or frequency of migraine attacks. The frequency of any migrant attack depends on the person itself.