How to Screenshot on PC – 5 Easiest Ways To Take Screenshot, Windows PC 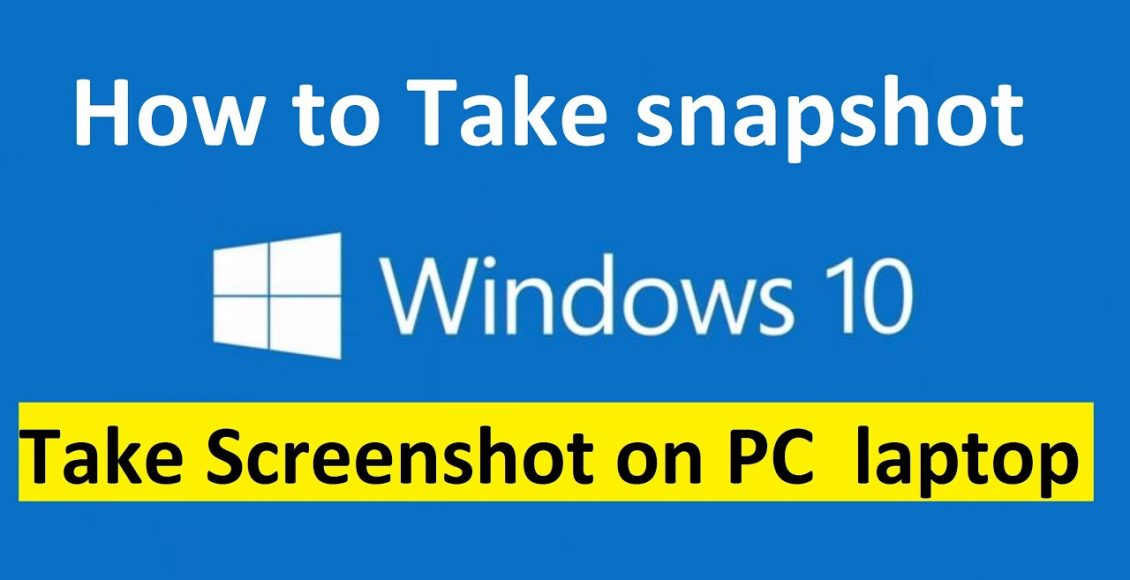 How to Screenshot on PC – Screenshots have become one of the top most used features on any smartphone. As per the statistics, it is one of the most famous integrated features in any mobile phone.

Soon after Microsoft announced they were going to introduce a screenshot function in their operating systems also, many people started taking the benefit and using the function.

Nowadays, you don’t have to take a pen and paper to write down everything you see on the Internet or while using your mobile phone. You can simply press a few buttons to take the screenshot right away and store all the information in a JPEG file.

Saving these files in your storage gives you tremendous support unity to check them anytime you want, even if you don’t have an Internet connection. Among the youth, it has become a habit to write down all the points while studying online.

Everyone, either a student or working professional, he’s taking advantage of this feature. That is why we are here to talk about how to screenshot on PC. Let’s take a look at every possible way to take a screenshot.

Method 1 to Take a Screenshot

Step one: First of all, you have to find the PrintScreen button on your keyboard. Usually, you can locate it on the upper right side of any keyboard.

Step two: Now press the Windows key on your keyboard at the same time as the print screen key. Your entire screen of the PC will dim for a second. Win + Print Scrn.

Step 3: Open the File Manager or my computer on your PC. Click on the C drive. And open the user’s folder in the C drive.

Step 4: Now click on your user and go to the pictures folder. Here you will find a folder named screenshots, and all the screenshots you take with the PrintScreen button are going to be here.

Usually, this method works on every computer but still, if you are not able to take a screenshot and you want to know how to screenshot on PC, kindly keep reading for other methods.

Method 2 to Take a Screenshot.

This method will also use the print screen button, and if you are having a hard time finding the PrintScreen button or you are not able to press that button, then you can skip this method also.

Step 1: first of all, open the window or page on which you want to take the screenshot.

Step 3: Now, don’t do anything. Just open the print application on your computer.

Method 3 to Take a Screenshot

Step 1: First of all, open the display you want to take a screenshot of.

Step 2: Now, kindly press win + Shift + S three buttons together or one by one.

Step 3: As soon as you press all three buttons, it will dim the whole screen, but a shape will be visible.

Step 4: Now, you can easily adjust which portion of your display you want to use as a screenshot. You can use the cursor of your mouse to adjust the square box. It will take a screenshot of the highlighted or visible display.

Kindly remember sometimes it won’t show you the clear box. It will dim the whole display, but you can use the cursor of your mouse to point to what you want to take as a screenshot.

Method 4 to Take a Screenshot

The 4th method screenshot is similar to the second method we have already talked about. The major difference between both of the methods is the use of keys. Next, take a look at how you can use the alt key to take a screenshot.

Step 1:  First of all, you have to open the tab or window you want to use as a screenshot.

Step 2: once you have opened the tab now, you can press alt + Prnt Scrn two buttons together or one by one.

Step 3: Once you have pressed the button now, the print application over Microsoft Word and open a new fresh document.

Step 4:  After opening a new document, kindly press Ctrl + V.  It will paste the whole screenshot into that document, and after that, you can export it as a JPEG or PNG file.

Kindly remember you can use any application similar to Microsoft Word or print. If you don’t have the facilities, don’t hesitate to try another application. It will work similarly on any application.

Method 5 to Take a Screenshot

Now let’s move on to the integrated applications of Microsoft in every Windows operating system to take a screenshot on a PC.

We did not talk about snipping tools or snip and sketch in the first place because many people are not liking this feature because it takes a lot of time, and you can easily use the shortcut to perform the same action.

Apart from that, Microsoft itself is confused about which application they want to use. First, they were pushing a snipping tool as an integrated application, but now they are switching it with snip and sketch. It might seem normal to you, but for an average user, it is very hard.

Step 1: first of all, kindly click on the windows button off your keyboard or click the start icon in your windows 10 or 11.

As per Microsoft, they are going to discontinue the snipping tool and permanently shift to snip and sketch, which is more advanced than its previous version.

Step 3:  After opening the other application, kindly click on new and use the cursor of your mouse to point out where you want to take the screenshot.

Remember, it is the same method as method 3. you can use the application if you are not able to use any of the keys involved in the process, such as windows, Shift, or S.

Even the screenshot on mobile phones has become one of the most used functions, but still, many people are struggling with how to screenshot on PC.

We have talked about five different methods so that you can easily take a screenshot in the Windows operating system. Microsoft has done a really good job of providing multiple ways to take a screenshot even if you are having a hard time using the keyboard or most.

In my opinion method, one will be enough for everyone as it works on every computer. But if you are not able to use simple keys such as windows or control, you can always use your mouse and follow the 5th method, which uses the snipping tool or snip and sketch tool of the Windows operating system.

Can I use third-party software to capture a screenshot on a PC?

How to screenshot on PC without Prnt Scrn key?