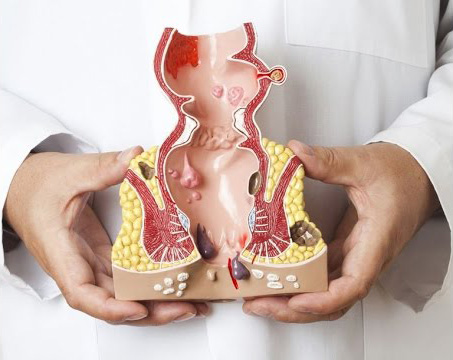 Hemorrhoids are one of the most common physical problems in the United States of America. As per the official reports, you must get more than 3,000,000 cases of hemorrhoids per year.

Hemorrhoids are also known as piles. Hemorrhoids are not a gender-specific physical problem. Any person, male or female, can get it. On an estimate, one in 20 Americans has hemorrhoids.

As you know, it is not gender-specific. It can affect any age, race, or ethnicity. It is very common for people over the age of 50.

Hemorrhoids or piles are swollen veins in the lowest part of your rectum. It can develop inside of your rectum or under the skin around the anus.

It can be caused by a number of things, but usually, the exact cause is unknown. There are effective options available to treat piles. Many home remedies or lifestyle changes can also help you treat emeralds at home.

Hemorrhoids are one of the most common rectal bleedings during bowel movements. They can be painful. Every human is born with hemorrhoids, but normally they don’t bother us. It becomes a problem when they get swollen and start bleeding.

External hemorrhoids can be both painful and itchy at the same time. They may also bleed, And the pain usually happens due to swelling.

There are many things that can cause hemorrhoids. Usually, hemorrhoids are hereditary, which means if any of your family members had hemorrhoids in the past. It is more likely that you will also get it.

Everybody knows that fiber is very important for bowel movements. If you don’t have enough fiber in your diet, you might get constipated.

Once you get constipation, it will be very hard for you to do the bowel movement, and it can put pressure on veins. Later, veins get swollen, which results in Hemorrhoids.

Overweight and obese people have high chances of getting hemorrhoids. As per the experts, obese people are one of the most vulnerable people to Hemorrhoids.

Many pregnant women complained about getting hemorrhoids during their pregnancy. Pregnancy puts pressure on veins around the rectum which later can cause hemorrhoids.

Now let’s talk about the diagnosis of hemorrhoids. There are a few ways which you can use to diagnose it.

Most of the people who got hemorrhoids diagnose themselves using self-examination. If you got pain during your bowel movement or you got blood, it is most likely that you have hemorrhoids, and you should go see a doctor.

Doctors can diagnose hemorrhoids during your physical exam also. Your doctor will check for any lumps, swelling, or other problems around your anus.

A digital rectal exam is another Popular way of diagnosing hemorrhoids. In this examination, a doctor will put on gloves and insert a finger into your rectum to check for lumps, muscle tenderness, etc.

Depending on your condition, a doctor might ask for other examinations, which can also rule out any other problems similar to hemorrhoids.

These are a few other methods that can also diagnose hemorrhoids and rule out any other condition with similar symptoms.

Now let’s talk about the treatment of hemorrhoids. There are many options available to treat hemorrhoids, depending on the symptoms and conditions.

Sometimes doctors advise us to do home treatment if symptoms are mild, which we are going to talk about soon. First, let’s talk about medicine and other Available options.

Many times doctors use medication to treat hemorrhoids depending on the symptoms. If symptoms are mild and don’t cause discomfort, your doctor might suggest a few medicines which can lower the pain levels, and with the combination of your diet, Doctors treat hemorrhoids.

Doctors use surgical procedures only if hemorrhoids don’t get cured using home remedies and medication. There are different types of surgeries available to treat hemorrhoids.

Rubber band ligation is an option in which a doctor places one or more tiny rubber bands around the base of an Android to cut its blood circulation. It is a very common and effective technique. Without blood circulation, hemorrhoids fall off within a week.

Many times doctors use injections to inject a chemical solution into the rectum, Which shrinks the hemorrhoids. Even though injection doesn’t cause any pain, it might be less effective than rubber band ligation.

Hemorrhoidectomy Is one of the most effective ways to treat severe hemorrhoids. Your surgeon might choose various techniques to remove excessive tissue which causes bleeding. After the surgery, pain is normal, and with the help of medication and soaking in a warm bath can help you reduce it.

Here are some home remedies and treatments that can help make them less disruptive, Which include over-the-counter medication also.

Or would have the counter hemorrhoid cream or pads containing witch Hazel can also help in hemorrhoids. Oral pain relievers such as aspirin can also help you lower the pain temporarily.

How to prevent hemorrhoids

Hemorrhoids are one of the few problems which you can prevent using different coping mechanisms.

If your family member got diagnosed with hemorrhoids, you should also start taking care of yourself. Drinking 6 glasses of water each day can help you keep stools soft and prevent hemorrhoids.

Many people in the United States of America don’t have enough fiber in their diet. It is very important for you to have fiber for good bowel movements, which won’t strain veins around the rectum.

You can eat more fruits, vegetables, and whole grains, Which are great sources of fiber. You can also include fiber supplements depending on how many grams of fiber you are eating each day.

Doctors recommend 20 – 30 grams of fiber each day, and depending on your diet, you can include the rest of them using fiber supplements.

Doing exercise regularly can prevent constipation and stabilize blood flow. It can also help you maintain your ideal weight. Constipation and being overweight are some of the most common causes of hemorrhoids, and regular exercise can help you reduce your chances of getting it.

Avoid sitting for a longer period.

Hemorrhoids are, also known as piles, are one of the most common physical problems in the United States of America, as there are more than 3,000,000 cases per year.

It is one of the few physical problems which you can prevent having a good diet and healthy lifestyle. Even if you get hemorrhoids, you can easily treat them at home also.

Can I prevent hemorrhoids?

Who is more vulnerable to hemorrhoids?

As per the experts, there is no known class of people who are more vulnerable to hemorrhoids. But, if anyone in your home was diagnosed with hemorrhoids, you are likely to get it also.
Other than that, overweight people, pregnant women, and old age people are one of the most common categories.

Home treatments did not work for my hemorrhoids. What should I do?

If home treatments did not help you with your hemorrhoids, you should go see a doctor. There are many different options available to cure Hemorrhoids.