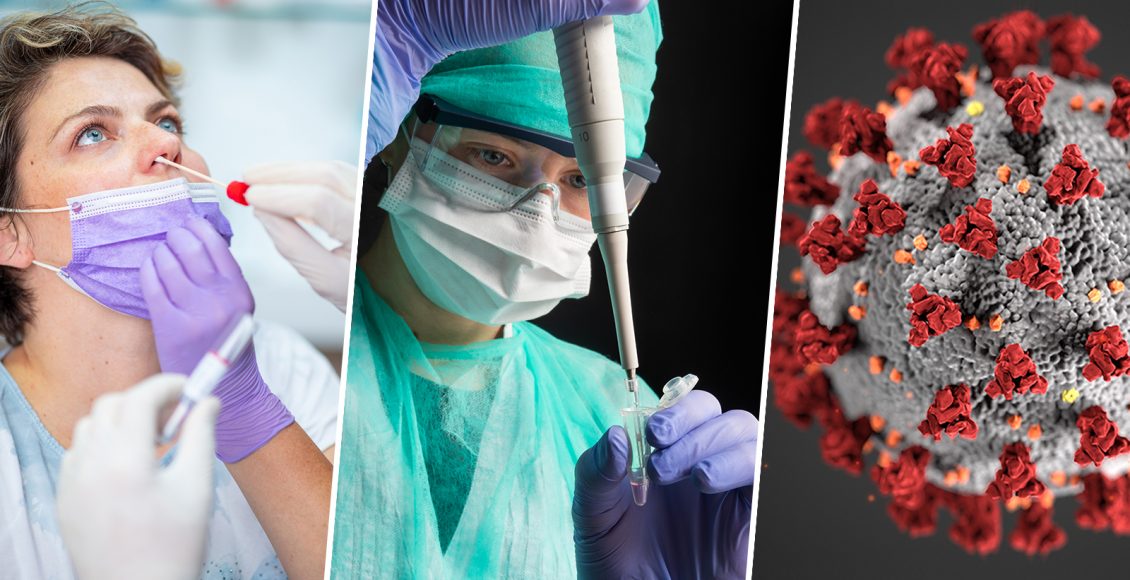 Dogs Detecting Positive Covid – COVID is not stopping in the near future. Different scientists and health experts are doing several studies on COVID each day, and every study will come up with something different, which could be very shocking to you if you are not related to the medical industry.

A few days ago, a San Francisco-based nonprofit corporation did a study on dogs and COVID-19. With the study, they came up with the unique idea that dogs were more effective at detecting positive cases of COVID-19 as compared to nasal antigen tests.

It was a shocking discovery that dogs could detect COVID-19 through human sweat samples as compared to scientifically manufactured antigen tests. PLOS ONE study was conducted by researchers affiliated with the Assistance Publique Hôpitaux de Paris.

Researchers have done similar research with several other diseases, including cancers, malaria, diabetes, and Parkinson’s disease, but those studies were unconcluded, or dogs were not able to replicate it once again.

This time the story is looking different as you are getting 97% to 100% results. This study has even surpassed the effectiveness of rapid antigen tests. Researchers are very happy with the result, and we might see other researchers are doing the same to conclude it.

Interesting facts about the study

Before we start, let’s take a look at some interesting facts about the study. It is not some random unconcluded study.

Dogs were 97% effective in detecting COVID-positive cases as compared to antigen tests which are 84% effective. The study was pretty shocking as the scientists made the rapid antigen test after studying the virus.

Apart from that, it was not a small study as researchers included 335 people for PCR and sweat samples. On the other hand, researchers used 234 people from two different community COVID testing centers in Paris.

How did they perform the study?

As humans cannot interact with dogs, that is why researchers created ten stations with human sweat swabs to conduct the study.

The human sweat swabs were placed behind cones so dogs would not have any direct contact with infectious samples. Very searchers did it to ensure the safety of dogs as well.

Each cone was sniped by at least two dogs to make sure that it was not just a coincidence. The dogs were able to detect the positive case by touching their mouth to the side of the cone.

Researchers did the study in videography and photography for better results and transparency.

Outcomes of the study

If we believe in the researchers, then we can say that the study was a great success for humanity. Most governments around the world are struggling to test every citizen multiple times to detect the spread of COVID-19.

If dogs are able to detect the positive case of COVID-19, then it will lower the cost of over services for every government around the world.

The study further mentioned that it could take only three weeks for a dog to learn how to detect the coronavirus If the dog is already trained in odor detection.

Even though odor detection and COVID-19 are not related to each other, the study has clearly proven that dogs are able to differentiate.

If the dog is not trained for odor detection, then it might take around five to six weeks to train a dog in both of these things. In the end, researchers further mention that they used toys as positive reinforcement tools for dogs.

Reliability of the Study

If you don’t know, let me tell you it is not the first time researchers have tried something like that.

A few months ago, several researchers in the United States also did the same thing, but at that time, they did not compare it with any kind of COVID test, which has been approved by the Food and Drug Administration of the United States.

It was a new experiment when it came to experimenting on COVID-19. And the positive results of the test are gaining the attention of many organizations which are trying to provide free COVID services in poor nations.

Both of the claims are very shocking, and one thing is sure non-profit organizations working in poor nations are going to take the benefit. Within just six weeks, you can train a dog to detect positive cases of COVID-19, which is very impressive and cost-friendly.

It was not a small study. Researchers used more than 500 samples of positive cases and at least two dogs on the same sample. Apart from that, researchers did it in the heart of Europe, so we can give some credibility to the research and best of luck to several nonprofit organizations who are going to take the benefit from it?

Why did researchers select dogs to detect positive cases of COVID?

In the study, researchers clearly mentioned that dogs have up to 300 million olfactory receptors, which are 10,000 times stronger as compared to humans. We, humans, have only 6 million olfactory receptors. Apart from that, we can easily train dogs to do several things. The latest study to detect COVID-19 might lower the cost of COVID testing in countries where COVID testing is very expensive.

Are dogs able to detect other diseases also?

Apart from detecting positive cases of COVID 19, researchers have used dogs to detect several other diseases also. Researchers have used dogs to detect malaria, diabetes, Parkinson’s disease, and several cancers, including breast and prostate. The health department does not suggest anyone rely on dogs, but some nonprofit organizations are doing it to detect the positive cases of several diseases.

What are the Benefits of Spirulina & its Side Effects – 2022