Dehesa System – Everything You Need To Know 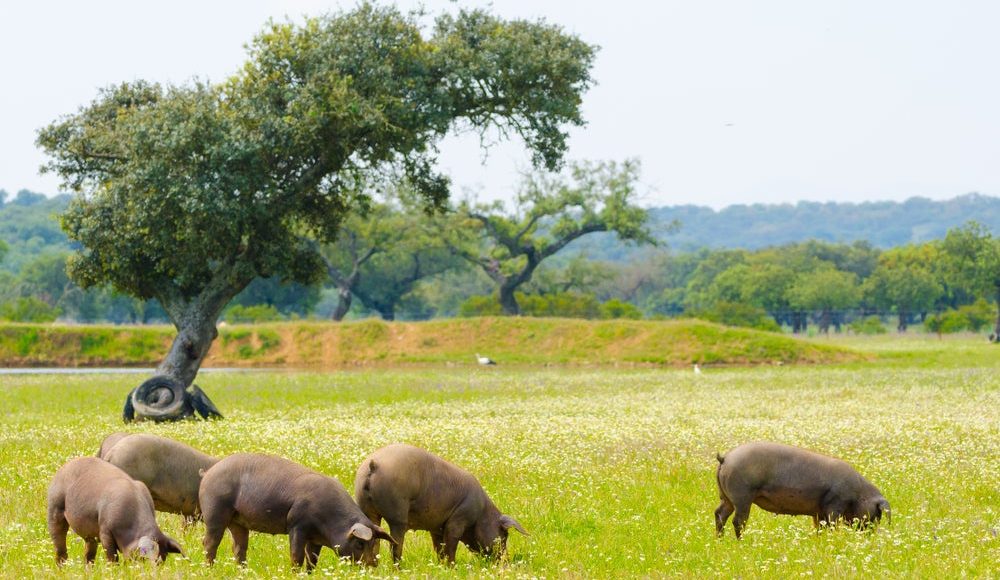 Dehesa System – Agriculture is one of the most crucial parts of every living thing in this world. Every living creature survives on one thing or another. There are some animals that only eat their animals, but the majority of living creatures rely on nature to provide food.
And humans rely on agriculture for food. Depending on the weather conditions, there are many different systems to produce Fruits and vegetables. Dehesa System is a very popular and unique system of agriculture in Spain.

What is The Dehesa System?

The Dehesa System Is also known as the ecosystem. It was primarily used for grazing and produced a variety of products such as a wild game, honey, cork, and firewood. In many areas, the Dehesa System is also used to raise the Spanish fighting bull and Iberian pig.

Livestock is an integral part of the Dehesa System. It is a very important landscape because it contributes to the transport and supply of nutrients two soil, which eventually increases its fertility.

Most of the livestock in the Dehesa System feed on grass, leaves, and small branches of trees. Most people practice livestock in an extensive or semi-extensive regime.

The Iberian pig is one of the main breeds of pigs in the Dehesa System. It is a very rare breed of pig, and you can only find it in some regions of Spain and Portugal. It is a very different breed than the white or common pig, which you can easily find all over the world.

Iberian pig is a very different breed from the rest because it can store fat between the muscles. Because of that, its meat has different quality and better aroma, flavor, and texture as well.

The cattle is one of the most crucial aspects of the whole ecosystem in the Dehesa System. You will find some common breeds, but the dehesa system also refuses cows in danger of extinction, such as Blanca and Brenda.

You do not need much labour for extensive cattle management because the area is vast, and you can only use fences to keep your kettles in one place.

Animals can graze freely in the ecosystem. The cattle contribute to the fertilization and improvement of the overall structure of the soil. It also saves time and energy to maintain the grass because of cattle like tall grass. There are hardly any incidences of diseases except in some specific cases of epidemics.

The Dehesa System Is also a safe house for fighting cattle or wild cattle. Not everyone is eligible to have fighting cattle in the ecosystem. There are some professionals such as Cowboys, and mayoral must have a special qualification to face these animals.

Sheep are also an integral part of the Dehesa System. It does not feed aggressively like the rest of the livestock. The walking of a sheep also contributes to the dissemination of seeds and fertilization.

Marino is the primary breed of sheep in the Dehesa system. It also has a good capacity for meat production. To improve lamp production, sometimes it is also crossed with foreign breeds.

The Merino breed is also very good at producing wool and cheese. Since ancient times, Marino has been the breed that is driving the whole wool industry. Even though it has low milk production, the quality is excellent, and that is why it produces unique cheese.

The other livestock in the Dehesa system is the goat. Because of its jumping and climbing, it is perfect for taking advantage of the marginal lands in the whole ecosystem.

It can even graze in areas where other livestock can not reach. The goat can survive the extreme weather and terror conditions of the Dehesa System. You do not need high levels of grass as cattle; it can even survive on branches of small trees and shrubs.

Verata and Retina, Two of the most endangered breeds in the world, are the most common goat breeds in the system. You may also find Serrana and Florida Breed of goats in some areas of the Dehesa System.

Poultry farming is also very common in the Dehesa system. Chickens and birds are the most common variety of poultry industry systems, and poultry is used for both meat and eggs as well.

Most people around the world are looking for organic poultry production, but India has a system it is a very common thing.

Forest and Farming at Dehesa System

Farming and forest are important parts of any agricultural and ecological system. That is why we are going to discuss forests and farming in the Dehesa system.

Other than that, in some areas of the system, you may also find legumes and sunflowers. That is why the Dehesa System is a haven for livestock.

Cork oak holm oak Are a few of the types of trees you will find in the system. You may also find some other types such as ash, gall oak, and Rebello.

Cork oak Is one of the main species of tree in the Dehesa system. It is the same tree that makes the cork industry. You may find corks of this tree in Egyptian, Greek, and Roman civilization.

Dehesa System is an important and unique ecological paradise. As you already know that it covers more than 5,000,000 acres of land in Spain and Portugal. It is home to many endangered species of cattle, pigs, and goats.

Because of its harsh weather conditions, much agriculture is not possible in the Dehesa System. That is why most of the farmers in this area only focus on mushrooms, beekeeping, and cork oak.

It is one of the few areas in this world where you will not see any use of pesticides or chemicals in the production of anything. The Dehesa System is heaven for livestock.

Is there any tourism in the Dehesa System?

Yes, there is a great value in tourism because of its rich social and cultural values in the Dehesa System. Many natural activities such as horse riding, hiking practice, fishing, and cycling attract thousands of tourists on a monthly basis. It is also a very great sport for recreational activities. The whole area is full of rivers and ponds, which attracts a number of tourists.

Can I go hunting in the Dehesa System?

Yes, you can go hunting in the Dehesa System. Hunting is a very popular activity in the world, and people are doing it either to obtain food or as a leisure activity. You can also practice in the Dehesa System, but it is only practiced in a limited area and regulated by a series of mandatory laws.
Not every species in the whole ecosystem is considered for hunting. There are some endangered species, and everyone should be very careful of them while coming for hunting.

What is the economic importance of the Dehesa System?

Along with biodiversity and ecosystem, Dehesa System also offers great economic importance as it generates one of the largest amounts of direct employment on farms. Other than agriculture and livestock management, the whole ecosystem is also a House of tree pruning, Beehive management, and tourism.
It is also the home of meat products, cheese, mushrooms, honey, etc. In recent years tourism and hunting are also attracting a lot of tourists to the area. That is why other sectors such as hotel, restaurant, insurance, telecom, and energy are also becoming the reason for employment in the Dehesa System.

Where to get Monkeypox Vaccine Near Me – 2022

How Serious are the Symptoms of Monkeypox in Humans?

How Serious are the Symptoms of Monkeypox Virus? –…