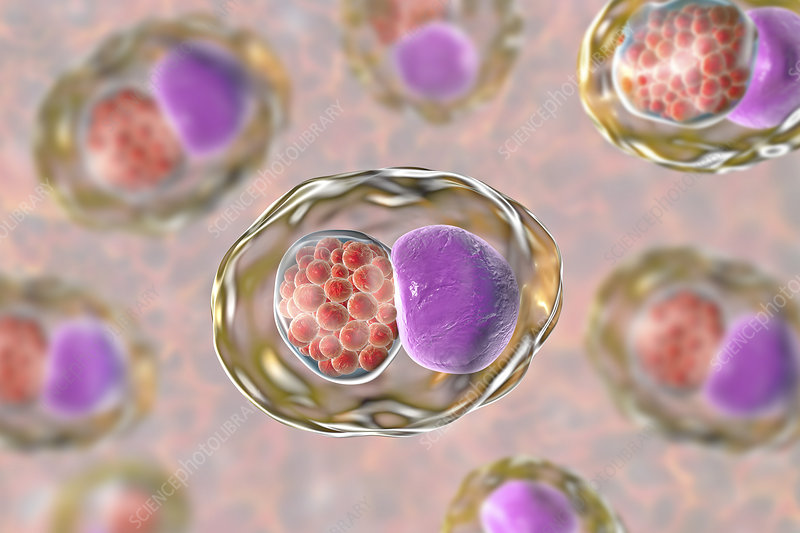 Chlamydia – Chlamydia is one of the most common sexually Transmitted Infections (STI). In the United States, we recorded more than 200,000 positive cases of chlamydia each year. The infection is caused by a bacteria named the same chlamydia.

If anyone leaves chlamydia unattended or untreated, then it can lead to some serious complications and permanent damage to the infected person. That is why we are here to talk about every aspect of chlamydia. Let’s take a look at it?

Before we talk about anything else, let’s first learn about the causes of chlamydia. If you don’t know about the causes, then you might call in trouble, and it is very important for you to find the right cause of your infection.

One of the major reasons people get chlamydia is intercourse without any protection. More than 99% of chlamydia cases happened due to unprotected intercourse.

Even if you have oral sex with an unknown partner, you can get chlamydia. Many people don’t bother about oral sex as they think oral sex is safer than penetration, but It is one of the major causes.

The second major reason for chlamydia is exchanging sex toys with your partner without sanitizing them. Chlamydia bacteria can live on nonliving things as well, and Sex toys are one of the most commonly ignored things.

Experts suggest everyone make sure you are sanitizing a sex toy before using it for your pleasure. Bacteria can live on living things also, and sex toys can pass that chlamydia bacteria without even having sex with the infected person.

If you are pregnant, you can give chlamydia to your unborn child during delivery. It is one of the most ignored things by young parents. Usually, doctors suggest everyone get their self tested for any kind of sexually Transmitted Infection (STI) As soon as they know they are pregnant.

Now let’s take a look at the symptoms of chlamydia. If you are having any of these symptoms, then you should let your doctor know about them as soon as possible.

Men and women have different symptoms of chlamydia, and we will start with the chlamydia symptoms in men.

The first chlamydia symptom in men is yellow or green discharge. Apart from that, your discharge might get small, and you may start seeing clouds in it. It is one of the most common things after getting a chlamydia infection, and usually, men see a doctor for green or yellow discharge, and Then they find they have chlamydia.

The second major symptom of chlamydia in men is painful urination and burning around your male genitalia. It is another common symptom that has been reported by most males who have been infected with chlamydia once in their lifetime.

Apart from that, lower belly pain and pain or swelling around your testicles is also very common. Usually, these symptoms come after men start seeing other major symptoms such as yellow discharge or burning while urinating. These are less common than the above two symptoms.

Now let’s talk about the symptoms of the media in women. Usually, women have more symptoms than men when they get their media infection. Let’s take a look at a few of them.

The first thing first women experience when they get chlamydia is pain while having intercourse. It is one of the most common symptoms, and usually, women come seeking treatment for the pain, and they find out they have chlamydia.

Bleeding during your period days is normal, but if you have chlamydia, it can cause bleeding between the Periods. Usually, women have a healthy 20 or more days of non-bleeding. But chlamydia can convert those non-bleeding periods Into bleeding ones.

Apart from that, pain or burning sensation during your pee is also very normal if you have chlamydia and you are a woman. Broadly pain during urination is common in both men and women at the same time.

Now let’s take a look at older options available for the treatment of chlamydia. Apart from that, we will also talk about how you can prevent it and what are the home remedies for chlamydia.

With the help of medication, you can easily treat and even cure chlamydia in both men and women. Usually, doctors suggest anyone infected with chlamydia take antibiotics as chlamydia is a bacteria in nature.

Usually, doctors suggest antibiotics to take at least twice per day for around 7 or 10 days straight. After that, doctors take a look at all of your symptoms once again and suggest further treatment.

Usually, the treatment of pain media takes around two weeks, and during the treatment time, your doctor might ask you to not have intercourse even with your previous partner from whom you get chlamydia in the first place.

It is very important for you and your partner’s recovery to not have intercourse during that time. Kindly keep in mind that even if you have been successfully cured of chlamydia, you might get infected once again.

There are a few which you can do to speed up your recovery process after getting infected with chlamydia. These home remedies work on everyone regardless of their gender.

No matter what, you should not stop taking antibiotics as it is one of the most effective and only treatments to cure your chlamydia infection.

Now there are a few things you can do to prevent chlamydia. The first thing first you can do is to start using a latex condom during your intercourse. Even though condoms do not completely eliminate the risk of infection, they lower the possibility.

If you are sexually active and you are not able to limit the number of your sexual partners, then you should get yourself tested regularly for multiple Sexually Transmitted Infections (STI), including chlamydia.

You can get media due to different causes, and one of the most common causes is having intercourse without protection. Apart from that most neglected cause is sharing sex toys with different partners.

Once you get infected, you may experience multiple symptoms, all related to chlamydia. Apart from that, men and women usually have different symptoms. But the treatment of column media is going to be seen by both men and women.

How to reduce the risk of chlamydia infection?

There are several steps you can take to secure yourself against the infection of chlamydia. One of the most effective steps is to not have unprotected sex with anyone.

How does chlamydia spread?

Anyone can get chlamydia by having vaginal or oral sex with someone who already has been infected with the bacteria of chlamydia. If you are pregnant and you have chlamydia, you can give chlamydia to your baby while giving birth.

Can I get chlamydia? If I share sex toys with my partner?

Yes, you can get chlamydia even if you use the same toys and your partner has it. The bacteria of chlamydia can stay alive even on non-living things.

COVID Booster Shots Near Me – Booking/Appointment – 2022