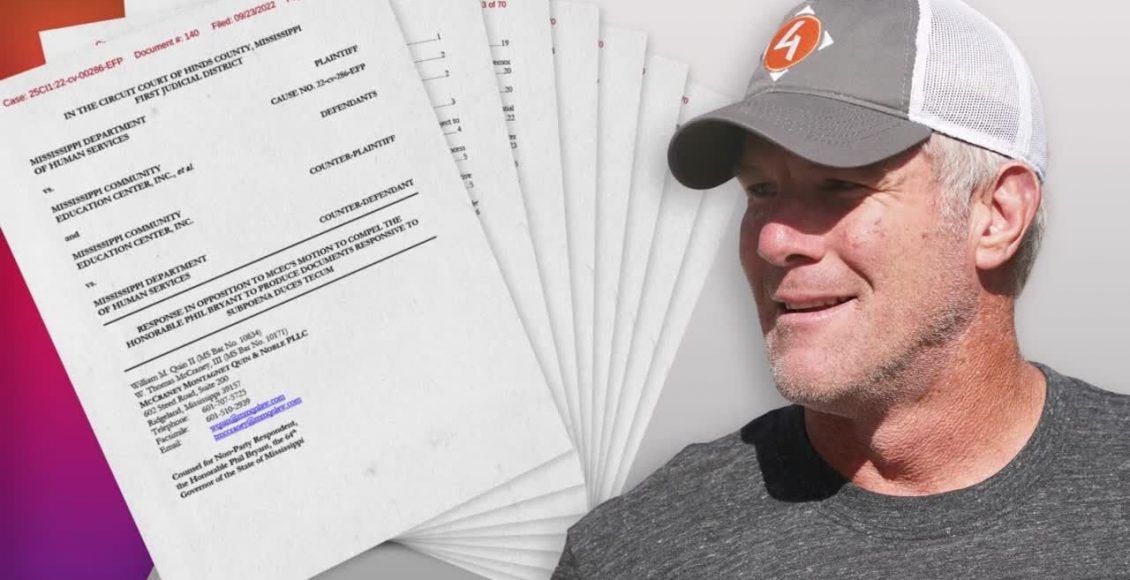 Brett Favre Welfare Scam – Scams are not born in the 21st century. They have always been part of our society. Previously, people used to call them tricksters, and their impact area was very small. In recent years, that area and the technique to trick people have changed a lot.

These days, you won’t find people tricking or scamming anyone for 50 or $100. You will see people taking millions of dollars and going away. The latest Brett Favre Welfare Scam is just one example of that. The recent developments in the whole Mississippi welfare agency scam could also impact the Pro Football Hall of Fame quarterback.

Last week, a former director of the Mississippi Department of Human Services was found guilty of his role in the misuse of more than $70 million that was intended to help needy families in Mississippi.

The whole story of misusing more than $70 million on a luxury drug rehabilitation program for former pro wrestlers and others is becoming true. John Davis, the former director of the welfare scheme, has made a deal with the Department of Justice, and in the deal, he is going to cooperate with investigators who are seeking additional incumbents.

Cooperation in the whole case by John Davis is going to be the key for both state and federal prosecutors in the case. He can help the Investigators find other unnamed co-conspirators.

A few days ago, Brett Favre became one of the hot topics in the news for his involvement in the whole welfare scam. As per media reports, he has misused around $8.1 million. He did not directly take the money, but some entities are tied to the former NFL star.

Apart from those $1.1 million, the former NFL star also took $5 million for the construction of a volleyball building at his alma mater, the University of Southern Mississippi. At the same time, he also took another $2,000,000 for a pharmaceutical startup that he has been tied to as an investor.

No doubt, John Davis has done the most damage in the case of Brett Favre. Sources have been reporting that John can explain the whole scam and all the co-conspirators to the investigators in the upcoming days.

What is in the future for Brett Favre?

If you are following the whole case of the scan, you will understand that prosecutors asked for $1.1 million for uncompleted speaking engagements. The former NFL star has already paid those $1.1 million worth; the prosecutors are also looking for the interest on that money.

His lawyer has denied in court that the former NFL quarterback did not know about the welfare funds being tapped for any of his endeavors. This is where the situation of John Davis can become very hectic for Brett Favre.

As per the latest reports, John Davis has cut a deal with the Department of Justice, and he could answer all the questions prosecutors are looking for about the level of knowledge or influence Brett Favre had in the whole scam.

John might also let the prosecutor know about all the meetings they had regarding the funds being released to entities that are tied to the former NFL player. Upcoming days are not going to be very good for Brett Favre.

Another thing that can haunt the former NFL player is that Davis has made a deal with the Department of Justice to reveal how the alleged fund was established in the first place and how many individuals benefited.

The former director had cut a deal with the Department of Justice, and that plea deal was going to affect the whole investigation. It is going to be the most helpful thing for the prosecutors in the whole case as John Davis is facing around two dozen charges for his role in the whole scam.

If found guilty, John Davis could spend nearly 50 years in prison. That is why he decided to cut a plea deal with the Department of Justice in exchange for full cooperation. In exchange, he is going to face only a fraction of that time behind bars.

Brett Favre Is not the only person who is going to be in trouble for the next few days. Prosecutors are also looking for connections to the whole scam with the former governor of Mississippi, Phil Bryant. Media reports have been suggesting that there were some texts exchanged between Bryant, Davis, and New and former NFL stars.

All four of them were talking about the funds released for the volleyball building. Phil Bryant is the person who told the former NFL star how to write a funding proposal that would get approved by the Mississippi Department of Human Services.

Even though the former governor of Mississippi has denied all the allegations and recollection of using welfare funds for inappropriate projects, the plea deal of John Davis is surely going to do some damage.

How many people are involved in the Mississippi welfare scam?

Prosecutors have not released any official statement mentioning all the names that could be associated with the Mississippi welfare scam. Till now, we have only got a handful of names, including former NFL star Brett Favre. Apart from him, former governor of Mississippi, Phil Bryant is also linked in the case along with the former chairman of the fund. After the plea deal of Joan Davis, we can expect a huge list of people who might be associated with the scam in the upcoming days.

Where to get Moderna Bivalent Vaccine? – COVID19